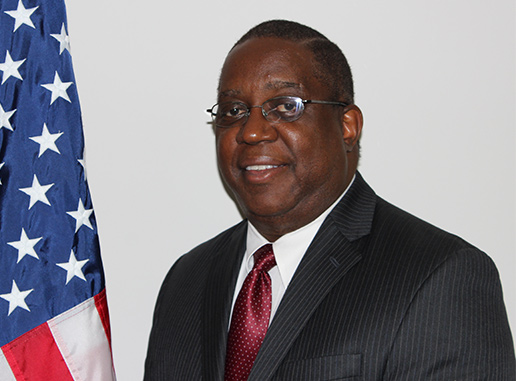 Omni2Max Inc. President and CEO, Allen F. Maxwell, is a retired U.S. Navy Officer, a former federal employee with a combined 36 years of federal experience. Allen's military career spanned from the enlisted ranks to the officer's corps, he served in various assignments just to name a few; Naval Nuclear Weapons/Fleet Training Command Tomahawk Training Detachment as the Officer in Charge, Naval Base Guantanamo Bay Cuba, as Base Ordnance Officer, , Systems Test Officer onboard the USS Stethem (DDG-63) and Aegis Readiness and Training Command's as the Information Assurance Officer. He has over 14 years of Defense and Federal contracting experience. Allen is a dynamic, results-oriented leader with a strong and proven track record of performance in quick turnaround high-tempo, fast-paced organizations. He combines keen analytical insight with a strong team building approach to drive organizational improvements and implementation of best practices. He possesses superlative interpersonal and communicative skills and is capable of resolving multiple, complex business issues.

As a Business Leader he has lead and developed several personal businesses for over the past 14 years. His experiences begin with owning a store front retail packaging and shipment business to starting up and developing a Clothing Textile Manufacturing business and a Federal Defense Technical Contracting firm. While serving as the Director of Operations for a San Diego based C4ISR Technical Solution Firm, he managed several senior level personnel and multimillion dollar government contracts.

As a senior Federal Civil Servant at Space and Naval Warfare Command, his assignments ranged from being a senior Acquisition Program Manager for the Global Positioning Systems (GPS) where he strategically united the working elements of the US Air Force, Army and Navy to develop a common GPS Capability Development Document that serviced the entire U.S. Military. As the Program Manager for the Navy's Help Desk and Distance Support (DS) he was the recognized leader throughout the Navy's DS community. He tightly integrated In-Service Engineering Agency (ISEA) functions with DS capabilities and established DS Team SPAWAR Continuity of Operations (COOP). He was SPAWAR's driving force in consolidating the Distance Support Help Desk across the Navy.

Allen holds a Master's Degree in Computer Information Systems (MSCIS), a Bachelor of Science Degree in Business Management (BSBM) and an Associate Degree in Electronic Technologies (AAET). He is also certified in the Defense Acquisition Workforce Improvement Act (DAWIA) as a Level III Program Manager and Level III System Engineer. 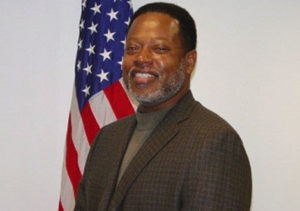 Omni2Max’s Technical Director, Mr. Marcus Hall brings over 37 years of Engineering, Program Management and Acquisition experience as a retired civilian from the Department of the Navy.

Mr. Hall previous job before coming to Omni2Max Inc was the 5.0 Engineering Competency Lead for the Space and Naval Warfare Systems Center (SSC) Atlantic New Orleans Office. Joining the SSC Atlantic team in September 2012, Mr. Hall was responsible for the oversight and alignment between SSC National and Local Competency Leads and the 5.0 Engineering Organization in the New Orleans office. Mr. Hall also provided oversight of workforce development, as well as policy, process, implementation guidance and governance via the CAO/IPT competency structure.

Before his SSC LANT experience, Mr. Hall was at NAVSEA, Naval Surface Warfare Center, Panama City Division (NSWC PCD). Mr. Hall served in numerous leadership assignments while at NSWC PCD ranging from team lead to Department Head. His duties ranged from supervising experts in a variety of disciplines with the main focus being providing RDT&E, in-service engineering and acquisition for all DoD communities associated with mine countermeasures, diving and life support in extreme environments, amphibious warfare and deployable joint command and control. For his efforts in support of the Navy, he earned numerous outstanding performance and special act awards and letters of commendation, as well as the prestigious Navy Meritorious Civilian Service Awards. 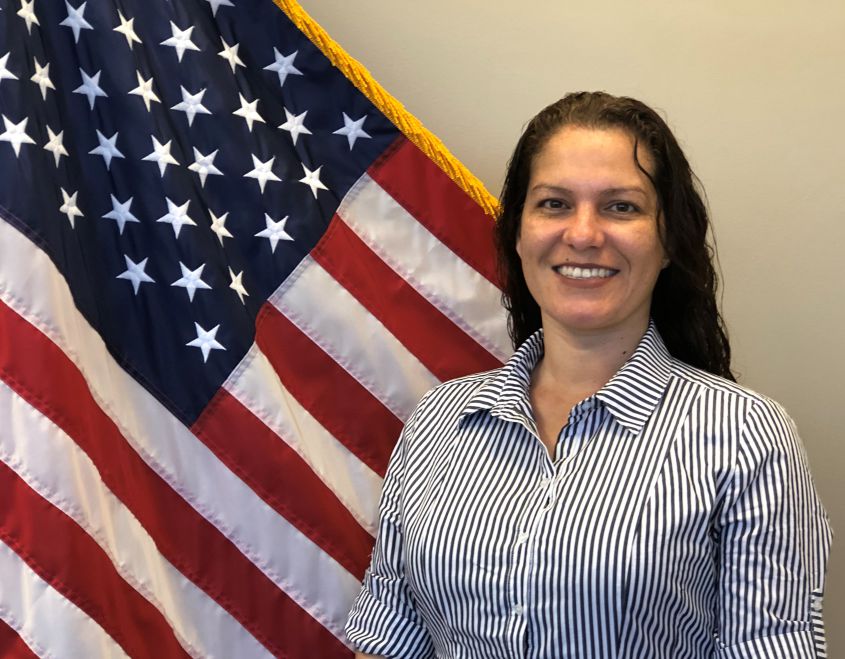 Edna Rodriguez brings over 19 years of US Navy and government contractor experience to Omni2Max, Inc.

Mrs. Rodriguez joined Omni2Max after serving 8 years in the US Marine Corps serving in many different IT communications roles. Since being honorably discharged from the military, Edna has supported the US Navy as a government contractor for more than 10 years with a focus in Information Assurance and Cybersecurity.

Edna’s experience and qualifications in IT, Cyber Security, and Telecommunications expands nearly two decades and is diverse. 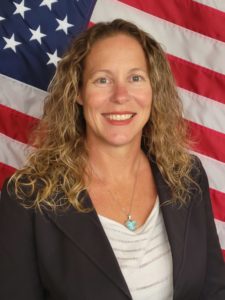 Her leadership history with major businesses such as Kratos and Hewlett Packard, have resulted in major team productivity improvements and achievement of multimillion-dollar milestones.  As a strategist for revenue growth and business management, Ms. Reschke has advised and counseled companies to industry leader positions by helping them broaden market share and increase profits. Her passion for getting the job done and her lead by example attitude sets her apart as being a leader of heart and strength.

She has an uncanny ability to hone in on the underlying issues and deliver practical and insightful solutions that have immediate impact on cash flow, profitability and success. Robin is also involved with various professional organizations and industry associations to include National Defense and Industrial Association (NDIA).

Robin holds a bachelor’s degree from University of California, Berkeley in Applied Mathematics in Computer Science and a Masters of Business Administration from California State University San Marcos. 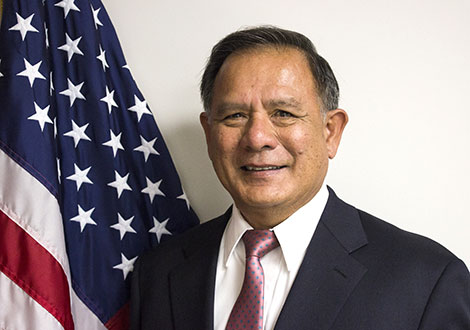 Ted Santos has over 32 years in the procurement field. His procurement Career started while he was a junior at SDSU entering the Navy CO-OP program as a Purchasing Agent at the Naval Supply Center(NSC), San Diego. After receiving his bachelor’s degree, he entered the GS1102 series and became a Contract Specialist. The contract department at NSC subsequently became the Naval Regional Contracting Center with detachments at Sigonelli, London, Long Beach and Australia. He was promoted thru the ranks to Supervisory, Contract Specialist in charge of a division consisting of purchasing Agents and Contracts Specialists with limited Contracting Officer Warrants. Ted’s Contracting Officer warrant was unlimited as to dollar amount and contract types and responsible for the full range of pre and post contracting functions ranging from receipt and review of requirements to contract administration.

After retirement from federal civil service, Ted was employed by NTA as the Business Development Director for the west coast office located in San Diego, CA. He was responsible for identifying and acquiring new business, developing and maintaining customer relations with NTA’s current customers, developing relationships with other companies for the purpose of partnering or subcontracting and analyzing NTA’s potential for success in winning new business.

Ted has a bachelor’s degree in Public Administration and is DAWAI level III certified in acquisition. 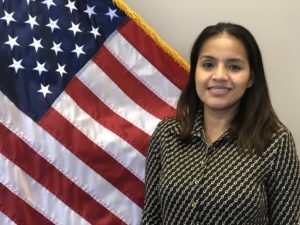 Before joining O2M, Ena worked as a Senior Accountant where she played a critical role to the success of the finance department by keeping in constant communication with project managers, contracts manager, and the finance director to ensure that everyone’s in the loop. Her duties required a strong familiarity with gov’t contracts and generally accepted accounting principles. Ena Biong holds a Bachelor of Science in Business Administration and a master’s degree in Accountancy at National University.

In her spare time, Ena and her husband love spending quality time with their 2 beautiful dogs and enjoying their surroundings throughout San Diego. Ena is also a big-time animal lover & supporter and makes donations to the local animal shelters. She also supports and lends her time to local charities such as Father Joe’s Villages, beach cleanups, Jewish Family Service, and San Diego County Parks and Recreation.