Humble upbringings did not deter Allen F. Maxwell from an incredible and dynamic global journey in the Navy and later in the private sector as a defense contractor. While navigating complex dynamics in both worlds, he developed the Rules of the System that would be critical to survive challenging circumstances such as serving in the Philippines amid political unrest, a near death collision on the USS Kinkaid, and a devious internal plan to usurp his leadership in Guantanamo Bay. As a businessman, he lost millions, saw the underbelly of politics, and steadfastly gained back his prosperity with a new insight on his allies. He came to resolutely know that while the system can be unforgiving, nothing is personal. With the right Rules of the System to follow, you will win.

For the first time, Allen opens up his valuable vault of knowledge and brings his extraordinary story, and the Rules of the System, to you. He gives testimony and credit to not just the people who lifted him up and guided him, but even the folks who caused him turmoil and trouble. Without them, he would not have seen the path to a better life.

The System is Unforgiving: Play by the Rules is a must-have book for those young or old. Regardless of your circumstances, if you apply Allen's rules to all aspects of your life, you will succeed in the face of any opposition.

Purchase your copy of his book today on Amazon and at Barnes & Noble! 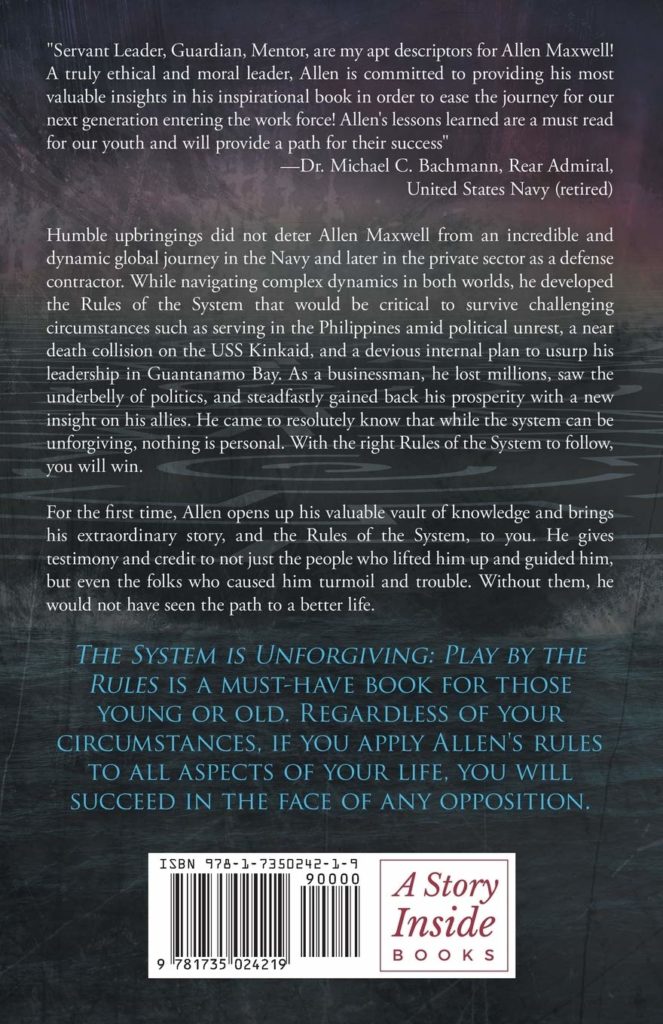